Unleash The Exciting Origination And The Development Of Yoga 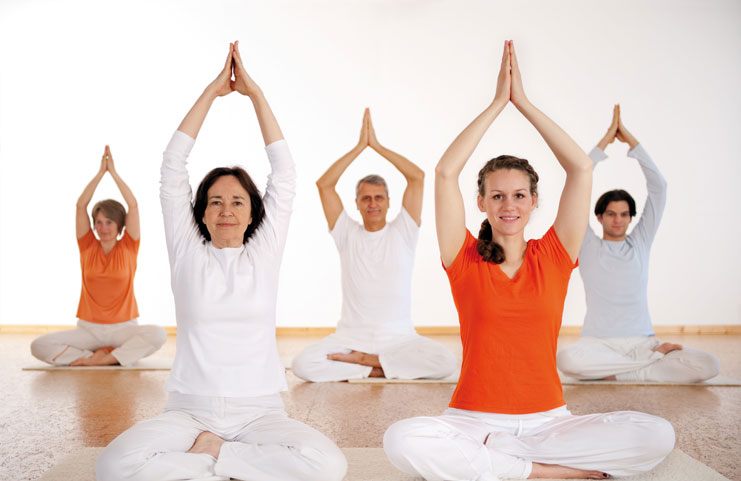 For centuries, man has relied on the power of Yoga to attain Moksha or Nirvana. It is the purest form of activity that the body, mind, and spirit of any human soul are bound to perform on Earth. This spiritual discipline that has withstood the most extended timespan continues to foster even in the contemporary world. When a man performs Yoga, he attempts to free himself from all worldly sufferings. That is the magic of this workout.

Yoga is a successful means to practice spiritual upliftment and freedom from worldly sufferings today. That is why man performs Yoga to establish an alignment with his being. First, it would be best to begin with this religious practice by being a part of online Yoga classes.

Origination Of The Immortal Spirit Of Yoga

Yoga dates back to the time when even the slightest knowledge of civilization in the world was absent. Shiva, the Hindu God of destruction, is claimed to be the first Yogi, also called the Adi Yogi. With his profound powers, he gifted the art of Yoga to the world. He first blessed the Saptarishis or the Seven sages with the idea of Yoga. In turn, these Saptarishis spread the knowledge of Yoga in all parts of the world. However, it was in India that the understanding of Yoga came to its ultimate being. Primitive Yoga classes were an essential part of those times.

In many ancient preservations, the presence of Yoga is visible. Several artefacts and coins embedded in people performing yoga sadhana define the ultimate reality and its significance even in those times. These were when the importance of Yoga was being spread to different parts of the world, and emphasis was given on becoming a true Yogi. Surya Namaskara and other important Yogic exercises in yoga classes came to evolve right from this time.

The Vedas hold Yoga As A Source Of Enlightenment.

The sacred pages of Vedas speak of Yoga vividly. In the Rig Veda, there was speaking of the intellectual meditation called Jnana Yoga. There is more detail of Yoga in the Puranas, Upanishads, and even Buddhist scriptures. Bhagavad Gita also goes on to highlight the importance of Bhakti Yoga and Karma Yoga. The teachings of Surdasa and Tulasidasa later speak of the knowledge of Yoga in a defining manner.

Even in the modern age, great Yogacharya has conceptualized the art of Yoga as the source of enlightenment for life. Swami Shivananda and Swami Satyananda Saraswati are also contributors to this knowledge of Yoga in the modern world. offline and online yoga classes prolong to provide their magical benefits.

Along with yoga, you must also check for Krav Maga Sydney for self

Today, Yoga Sadhana is significant in many parts of the world. In India, the spirit of Yoga continues to flourish with equal vitality as before. New forms of Yoga are also evolving with time, paving the way for a more advanced workout system. But Yoga is not only for those who want to free themselves from worldly sufferings. It is for the deceased, for the happiest, and the rich as well. Everyone, irrespective of caste, creed, sex, and religion, can immerse themselves in the spirit of Yoga to improve their being today. So, do not forget to join online yoga classes right away for the same.